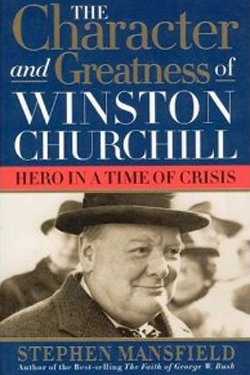 The Character and Greatness of Winston Churchill

I have a bias. I hate it when famous men and women are remembered only for their achievements without any reference to the dark hours and private pain that made those achievements possible.

Everyone knows the story of Winston Churchill. They remember the jaunty cigar, bowler hat, inspiring speeches, and sense of humor. Yet did you know that Churchill’s father hated him? That this great man was a sickly stutterer in his youth who did horribly in school? Did you know that he suffered such deep depression throughout his life that he never wanted to stay in a room with a balcony because he was afraid he might throw himself off—and this was while he was Prime Minister of England rallying the western democracies to defeat Nazism!

I wrote this book because I wanted people with failures in their lives to know that those failures are never final and that suffering often becomes the soil from which greatness springs. I believe the Winston Churchill story captures these truths powerfully, offering all of us the inspiration to live meaningful lives on the other side of painful seasons.

“Stephen Mansfield has given us a heavy dose of encouragement precisely because he has fully realized in the life of Churchill the fact that leadership is a vocation best nurtured on the medicine of mundanity and the potion of providence. And he has done it with all the zest and adventurousness of a novelist.” – George Grant