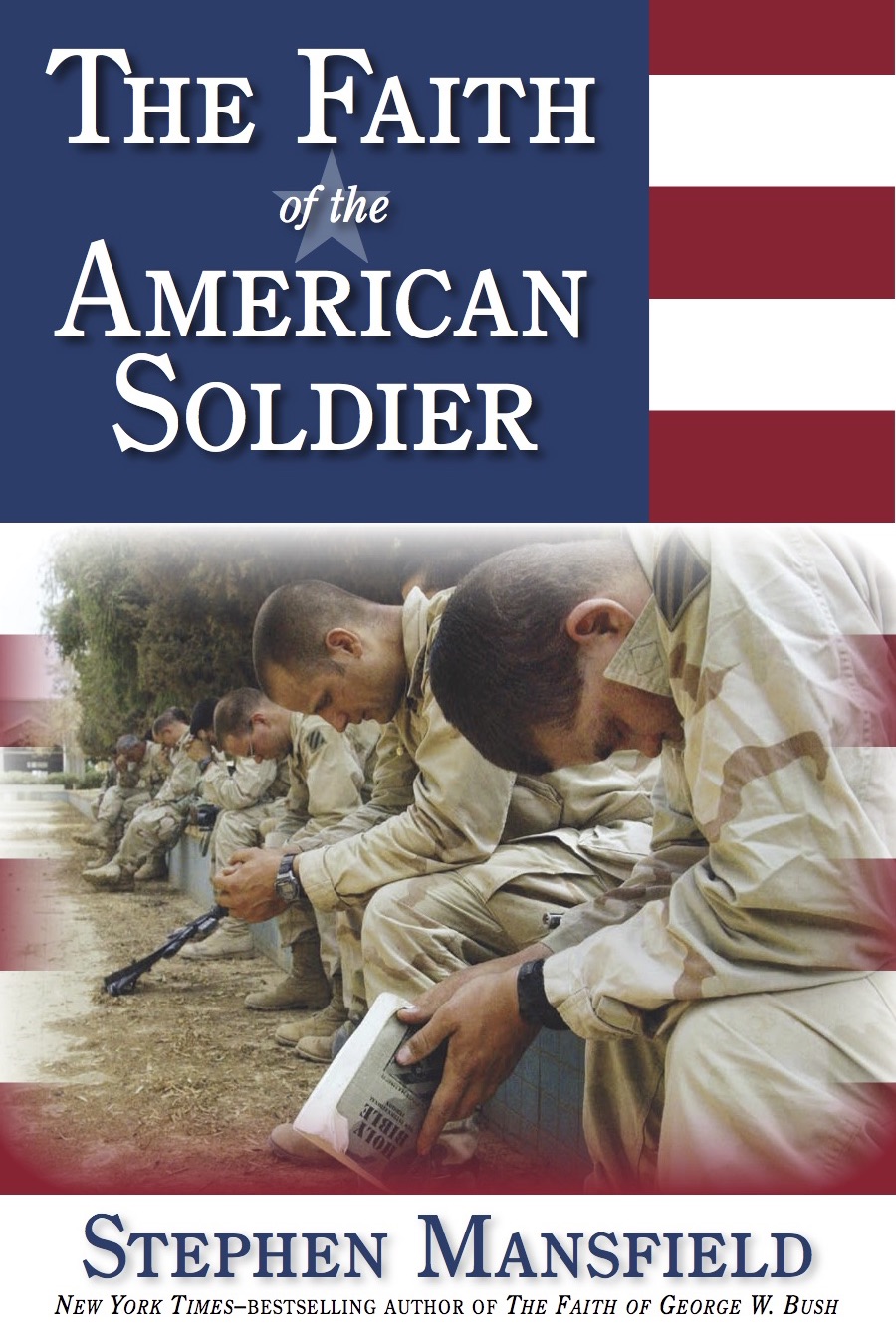 Faith of the American Soldier

After I had written The Faith of George W. Bush, my publishers asked me what I wanted to write next. I knew immediately. I wanted to write a book about what was happening spiritually among American troops in Iraq. What were the millennials at war experiencing, thinking, and believing? What was war doing to their religious lives?

This was at a time when we were hearing about baptisms among our troops in the sands of Iraq. Units were going into battle to the sounds of Michael W. Smith worship CDs. All this was reported by the New York Times. What was happening? What did it mean for our nation’s conduct at war?

I received permission from the Pentagon to be embedded with US troops at Camp Victory. Those days were among the most fascinating of my life. I was with troops who took fire. I ate with soldiers, slept with soldiers, and watched them return wounded after being down range. I listened to their stories of faith and their stories of horrors at war. This is what I have put into the pages of The Faith of the American Soldier. Writing this book was an honor for this Army brat, and I’m grateful for the opportunity.

“I was moved by the stories contained within this very well-written book and by its call to raise the banner high in all of our lives.” – Amazon Reviewer