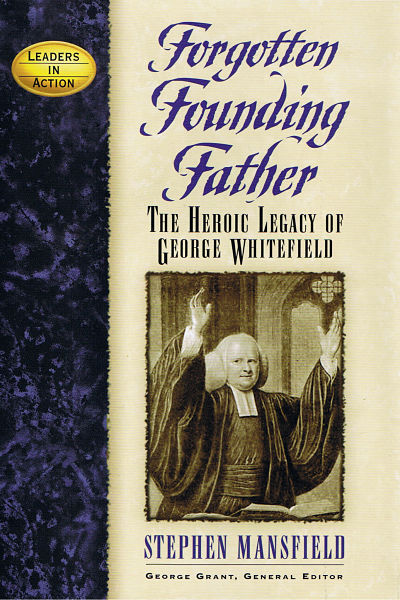 George Whitefield is one of my heroes. His preaching helped to create the Methodist Church, probably helped to save England from a French-style revolution, and built institutions to alleviate suffering and stand against injustice.

Americans owe him a great debt. His preaching tours were not only the “first intercolonial event,” unifying the American colonies in a way they had not been before, but he did something more. He warned the colonists of the conspiracy against their liberties. He warned them of an encroaching Parliament and of a mad king and of dark days ahead that would test their resolve to be free.

George Whitefield is often forgotten. He is rarely taught in public schools because he is a religious figure and he is rarely remembered by Christians because he arose in the shadow of John and Charles Wesley. Yet he helped fashion our nation. Even the other founding fathers said so. We ought to remember his story and live out his legacy in our own time. This book is a good place to start.

“An author could hardly select a greater impact, made on American culture, than by this powerful minister of the gospel. This book should be must reading for every seminary student in all denominations for its insights into the mind and ministry of one of God’s most influential servants.” – D. James Kennedy, Senior Pastor, Coral Ridge Presbyterian Church

Hardback
Paperback
Thanks for your interest.
Request a Media Appearance
Inquire about Coaching Services
Invite Stephen to Speak