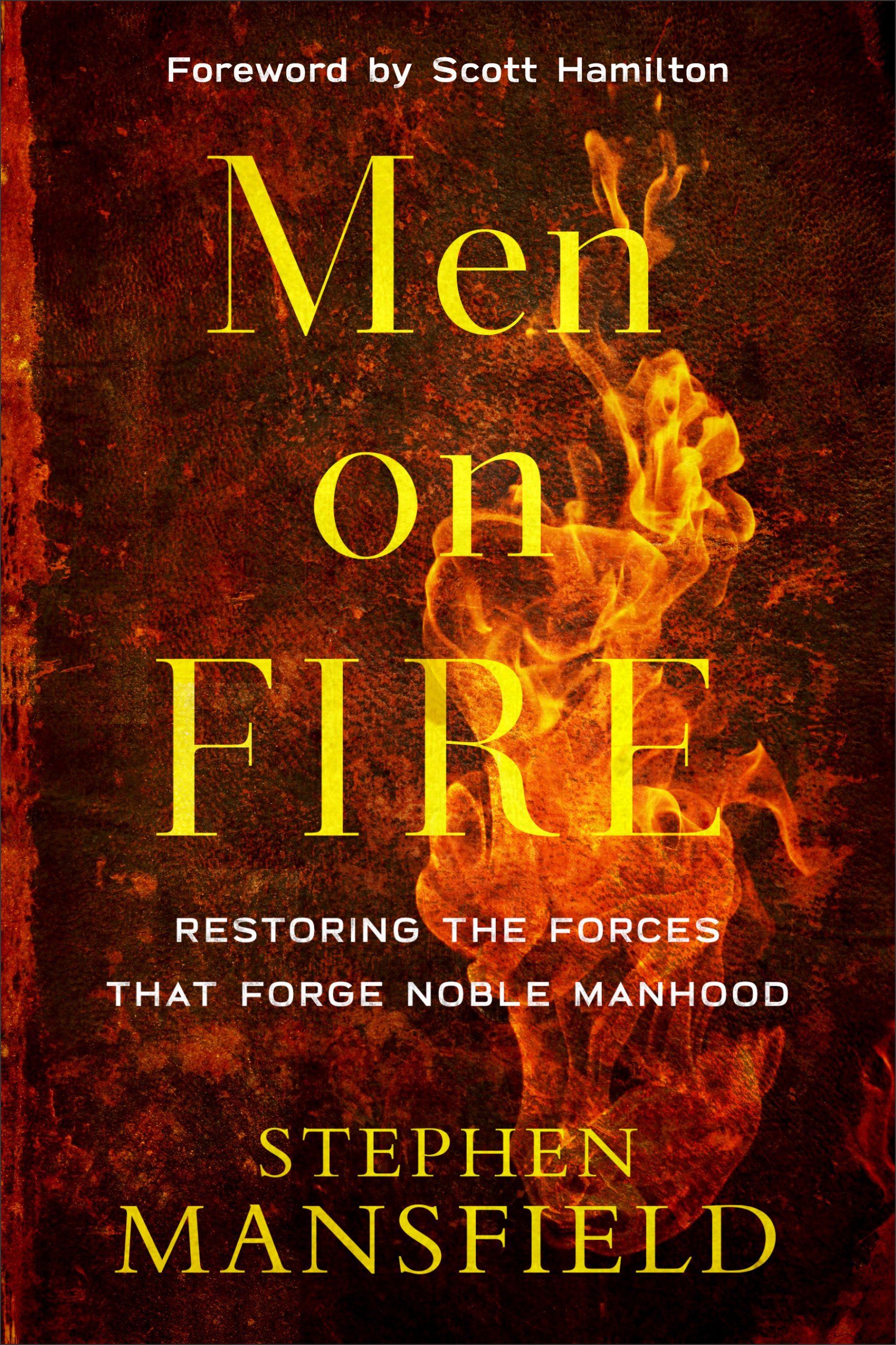 Enter your email address below to receive the Men on Fire Discussion Guide.

After I wrote Mansfield’s Book of Manly Men and Building Your Band of Brothers, I was grateful for the impact but I knew something was missing. I had set a vision for noble manhood and for men in connection with each other, but I could sense there was something of greater power yet to say.

Then it came to me. When I looked at the men around me, even the men who had attended top conferences and read the right books, I could tell that something was missing. It was Fire! It was the burning in the gut that gives a man purpose and energy and zeal.

So I began listing the fires that had illuminated my own life. I asked other men I admired about their own experience. I looked at everything from classical literature to the lives of the great men of history. I finally arrived at seven fires—seven forces that ought to burn in the soul of every man, lifting him to his best—in fact, lifting him to God and his destiny. That is what led to this book.

Men on Fire is hard-hitting, direct and raw. It is meant to leave men changed and empower them to  change the lives of others. Get it. Read it. Live it. Change your tribe of men with it. It is time to set our generation on fire for great and noble manhood!

“Being a man isn’t about the illusions mass media presents to us as the way we all should live our lives. Stephen Mansfield is going to make this clear in the pages that follow, and he’s going to call you to be the man you are meant to be.” – from the Foreword by Scott Hamilton